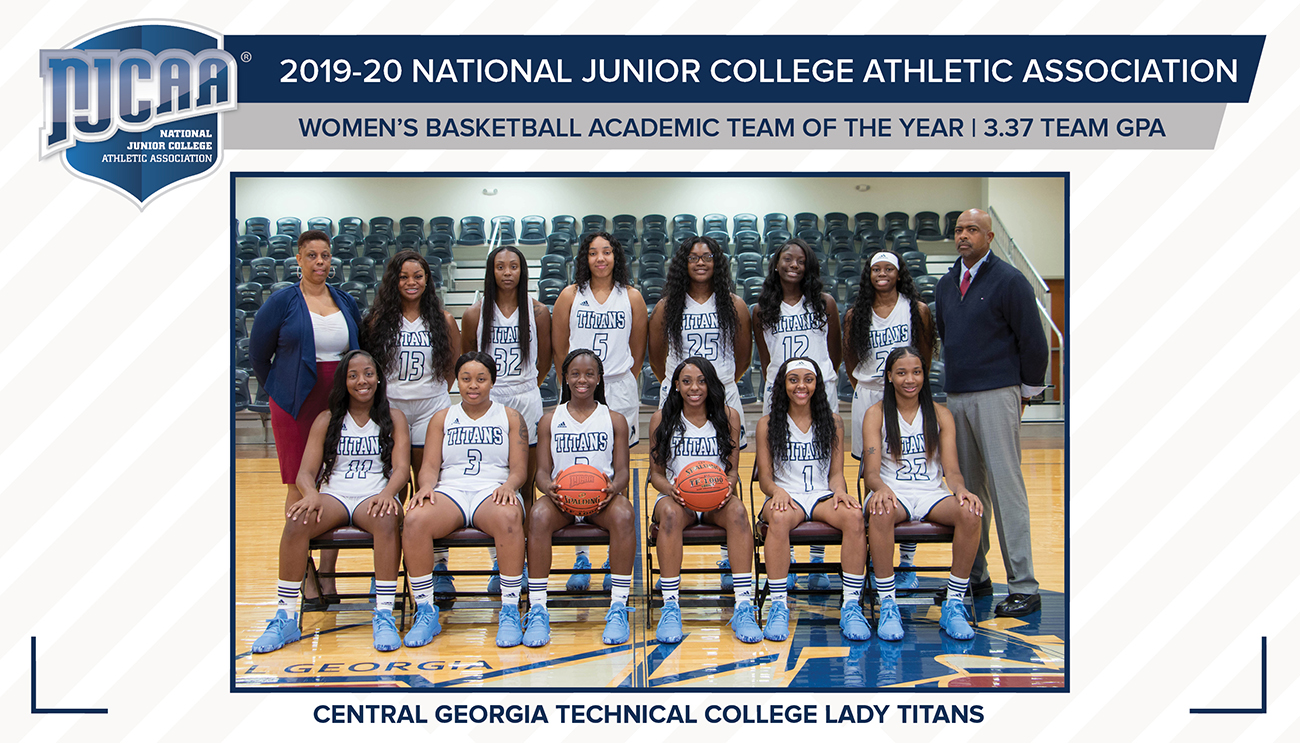 Macon, GA – The National Junior College Athletic Association (NJCAA) recently announced the 2019-20 Academic Teams of the Year. Despite an academic year that was interrupted due to COVID-19, NJCAA student-athletes flourished in the classroom as 1,026 teams earned at least a 3.0 GPA or better.

27 programs from across the country earned NJCAA Academic Team of the Year honors after achieving the highest GPA in their respective sport throughout the academic year.

With a 3.37 team GPA, the Central Georgia Technical College (CGTC) women’s basketball team received recognition as a 2019-20 Academic Team of the Year.

In addition to the team accolade, several Lady Titans were named to NJCAA All-Academic teams. To receive this recognition, student-athletes must achieve an overall GPA of 3.60 or higher for the 2019-20 academic year. The criteria for the three all-academic teams is as follows:

“Being named an NJCAA Academic Team of the Year and having several players make an all-academic team is a testament to the commitment our players make every day to their education and to the continued support that CGTC provides to our student-athletes,” said Antonio Harris, CGTC women’s basketball head coach. “We owe a great deal of gratitude to our College administration and faculty members for providing valuable student support services and academically nurturing our student-athletes in the classroom.”

To see a full list of all programs who achieved a 3.0 GPA or higher, visit: NJCAA Academic Teams of the Year.